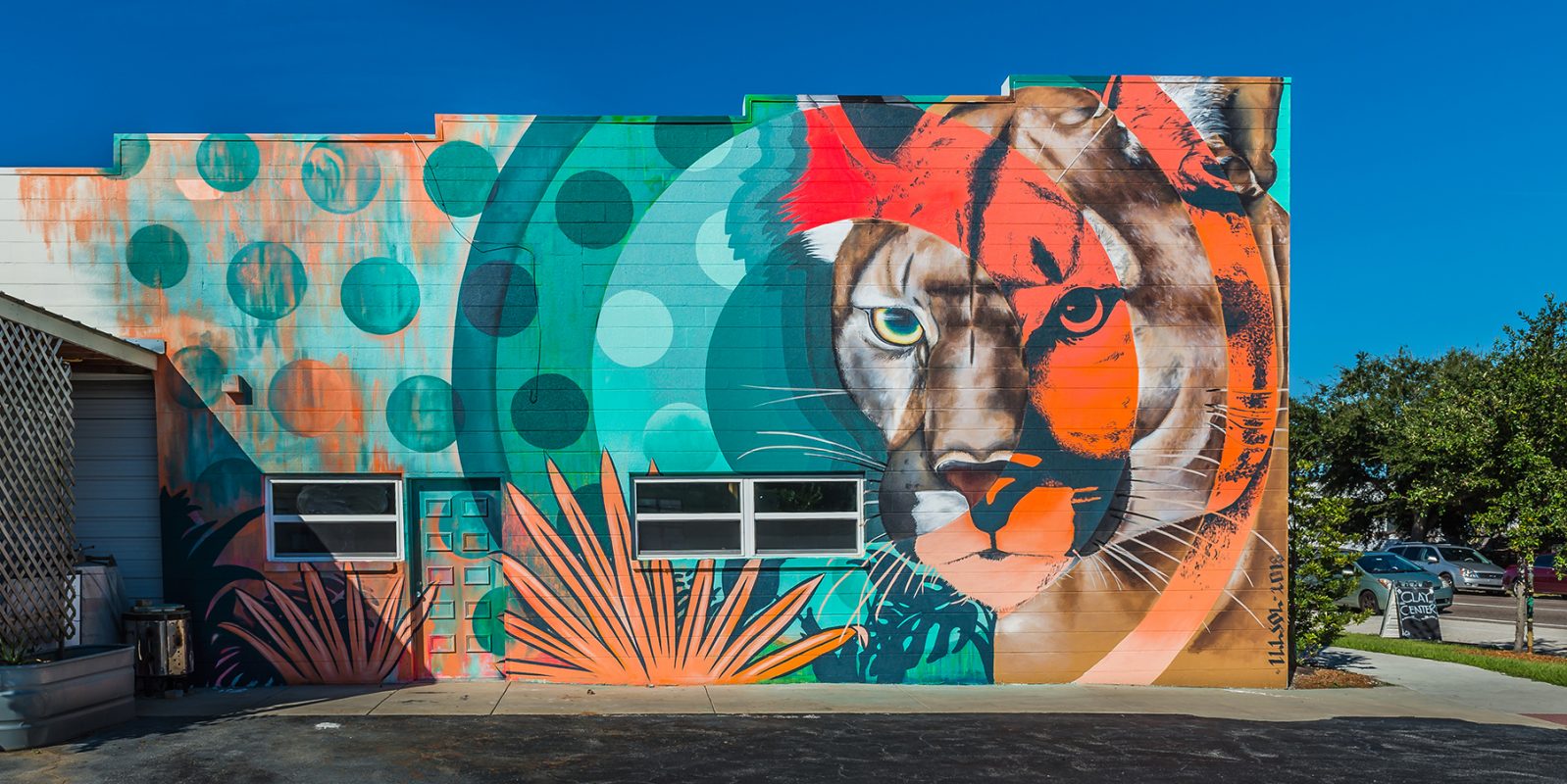 Based out of: Tampa, Florida

Tony Kroll and Michelle Sawyer, a dynamite husband and wife team from Tampa have been creating large-scale murals in the Bay area under the moniker “illsol” since 2016. Sawyer’s crisp, often symmetrical designs combined with Kroll’s layered, distressed style creates the detailed, carefully textured work for which they’re known.
Michelle Sawyer and Tony Krol are a husband and wife team working in Tampa under the moniker illsol. The name “illsol” combines “Sawyer, Krol” while referencing the Spanish word for “sun” (noting Michelle’s half-Cuban heritage).

This is a native and endangered Florida panther, painted by the artist team of illsol. The panther’s face glows in rich reddish-orange and brown, framed by thick radiating rings in shades of turquoise. Her head takes up the right third of the mural, 22 feet high. The wall is 35 feet long. As the wall heads toward the left, it drops by one-foot increments. The lowest point is 19 feet high.

The panther’s face is huge, and realistic, her head and a bit of her neck are as tall as the wall. Her gold eyes are alert, and narrowed, watching the street intently.

Her left eyes is fiercely gold and startlingly real, with a deep blue iris ringed in green. The right side of her face has a stripe of natural brown before the edge of her powerful neck is streaked orange, and then brown again.

The panther’s delicate whiskers are pale grey, bristling from her cheek and chin. They’re coral-colored on the bottom left, where a reddish-orange circle cuts across the panther’s face.

The left sides of these circles become lighter and darker shades of blue and teal toward the center of the mural, patterned with huge light teal and dark teal dots that float up and away, toward the left edge of the wall.

A door on the lower left is almost invisible, painted to blend into the blues and teals and coral orange of the left half of the mural. A big teal dot and a light blue dot held in an orange arc slip to the ground, and join other abstract strips of blue and orange.

The coral leaves of the palmettos reach up and through a horizontal window on the left and a double horizontal window in the center of the wall. Behind the orangey palmettos, the dark teal silhouettes of large tropical leaves wave against a light blue circle.

The left third of the mural is light blue, with big blue dots floating across and rusty coral streaks falling like a rainstorm.

The left edge of the mural passes the roof of a latticed outdoor area for pottery kilns, where aloe and vines grow out of three steel tubs. Above the roof, the blue and coral of the mural melts into a plain white wall.

On the bottom right are gothic letters rising vertically, to spell “illsol” and “2018.”

The artist team of illsol are husband and wife Michelle Sawyer and Tony Krol. They operate Mergeculture Gallery in Tampa, and work together on large murals and installations. This mural was completed in 5 days, using mostly brush and a bit of spray paint.

The title of this work is Notice Us. As illsol explain, “We appreciate and are grateful to have buildings to paint on, cities to enjoy – but we realize that development in Florida’s fragile ecosystem impacts the unique wildlife this state has to offer.”

The majestic Florida Panther was nearly declared extinct in the 1990s. Biologists are working hard to increase the panther population in the wild to sustainable levels.

An adult panther needs about 200 miles of open range to thrive – and that’s hard to come by in a Florida full of construction zones. 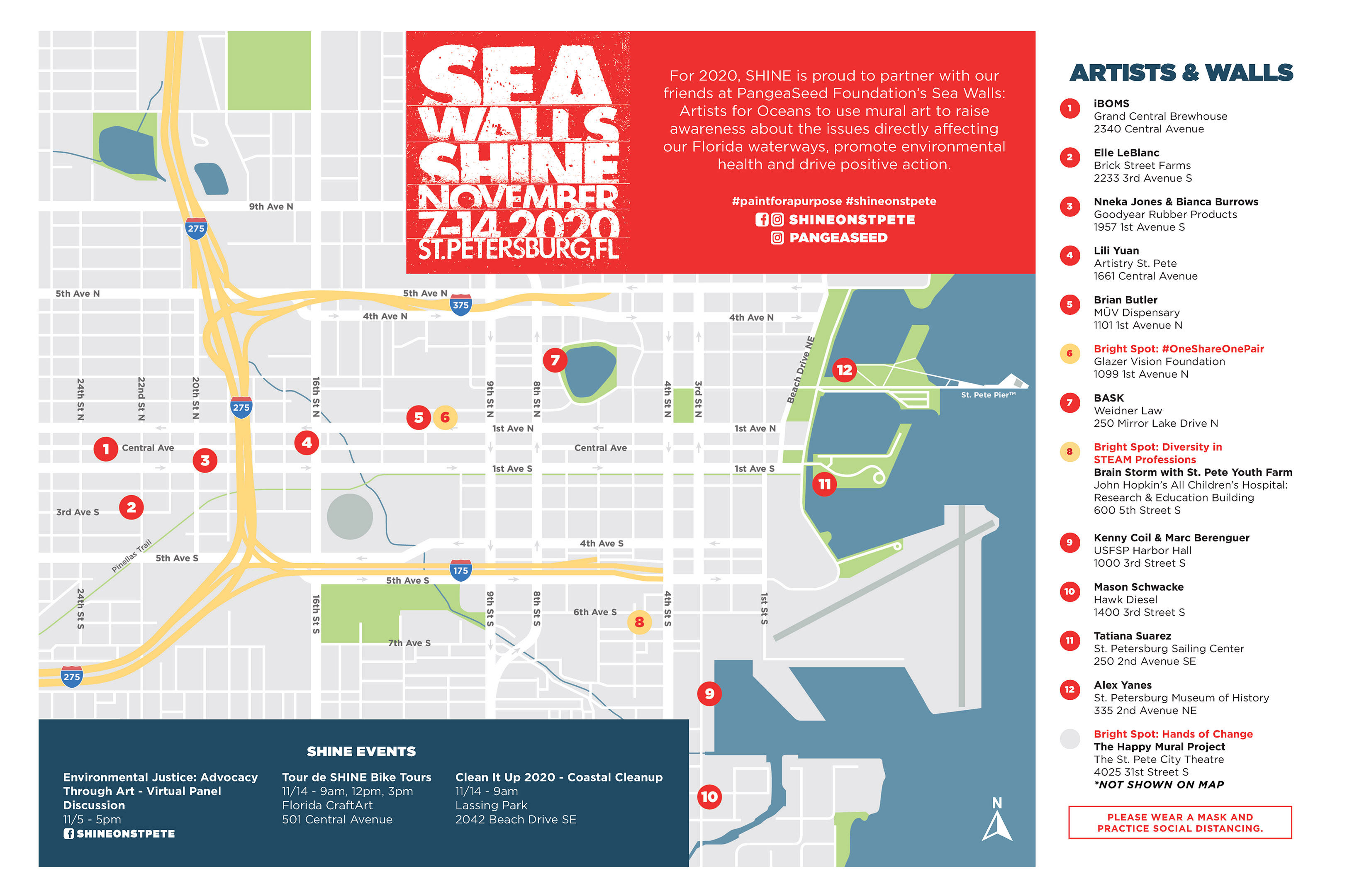 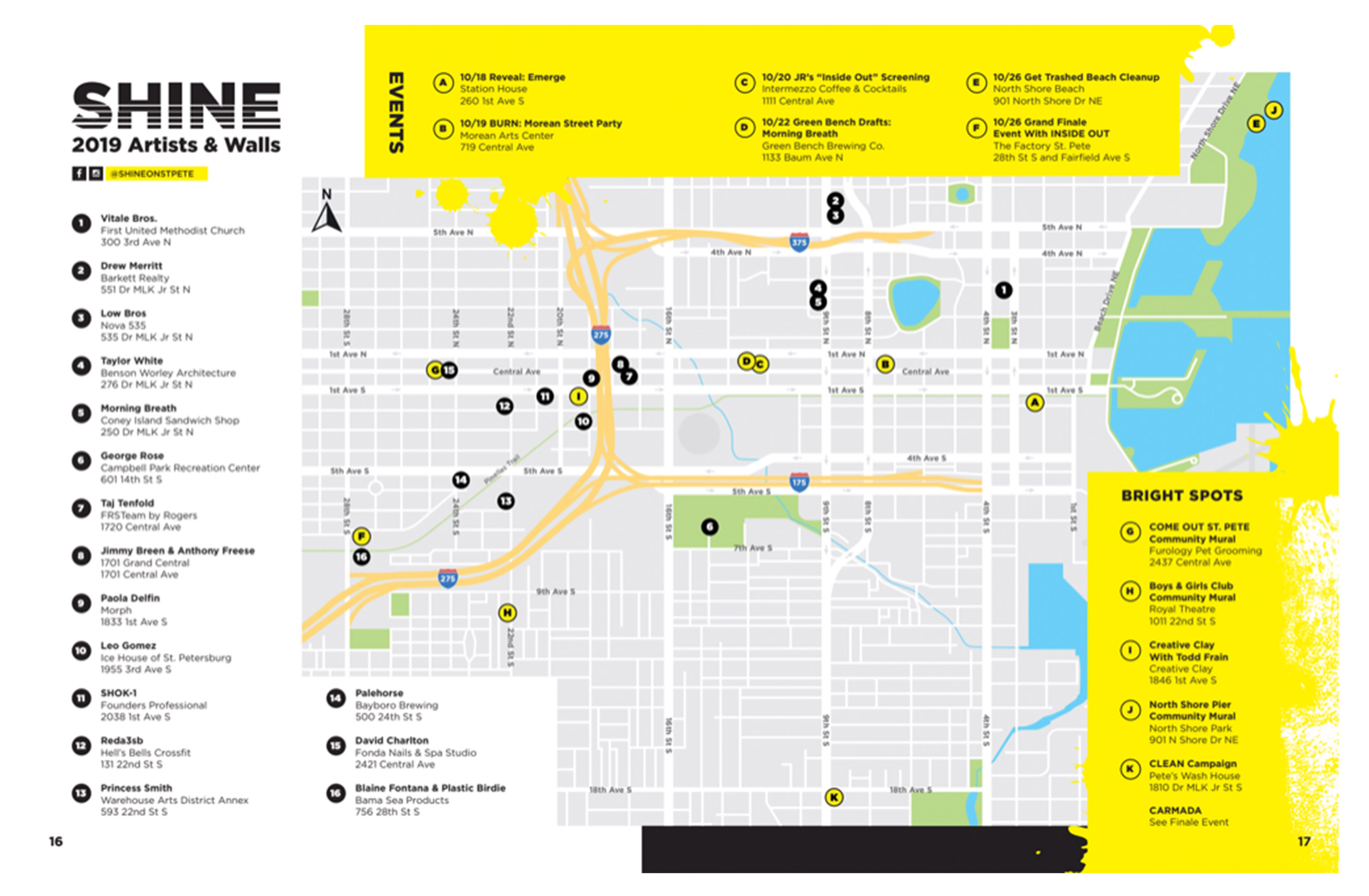 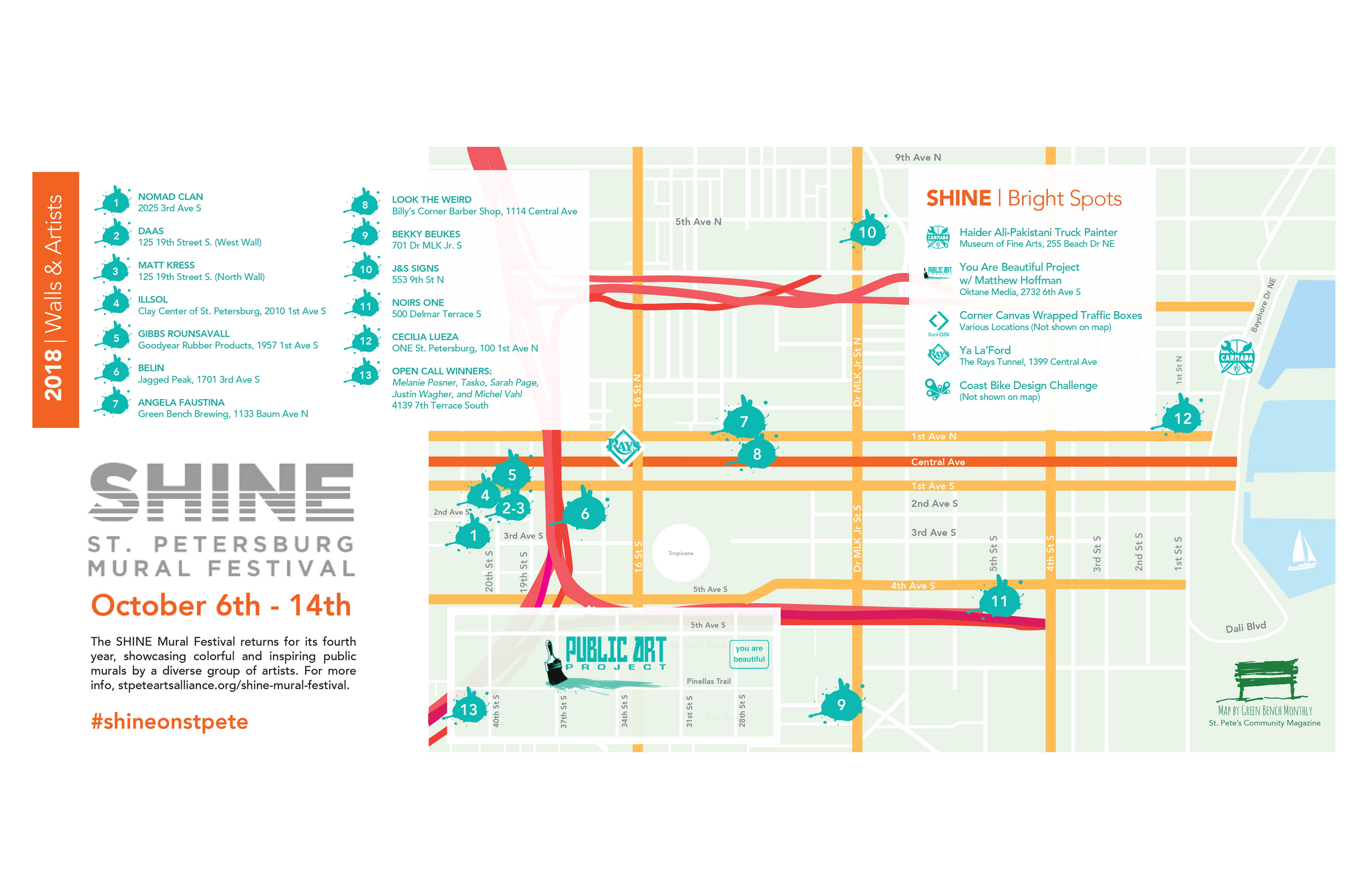 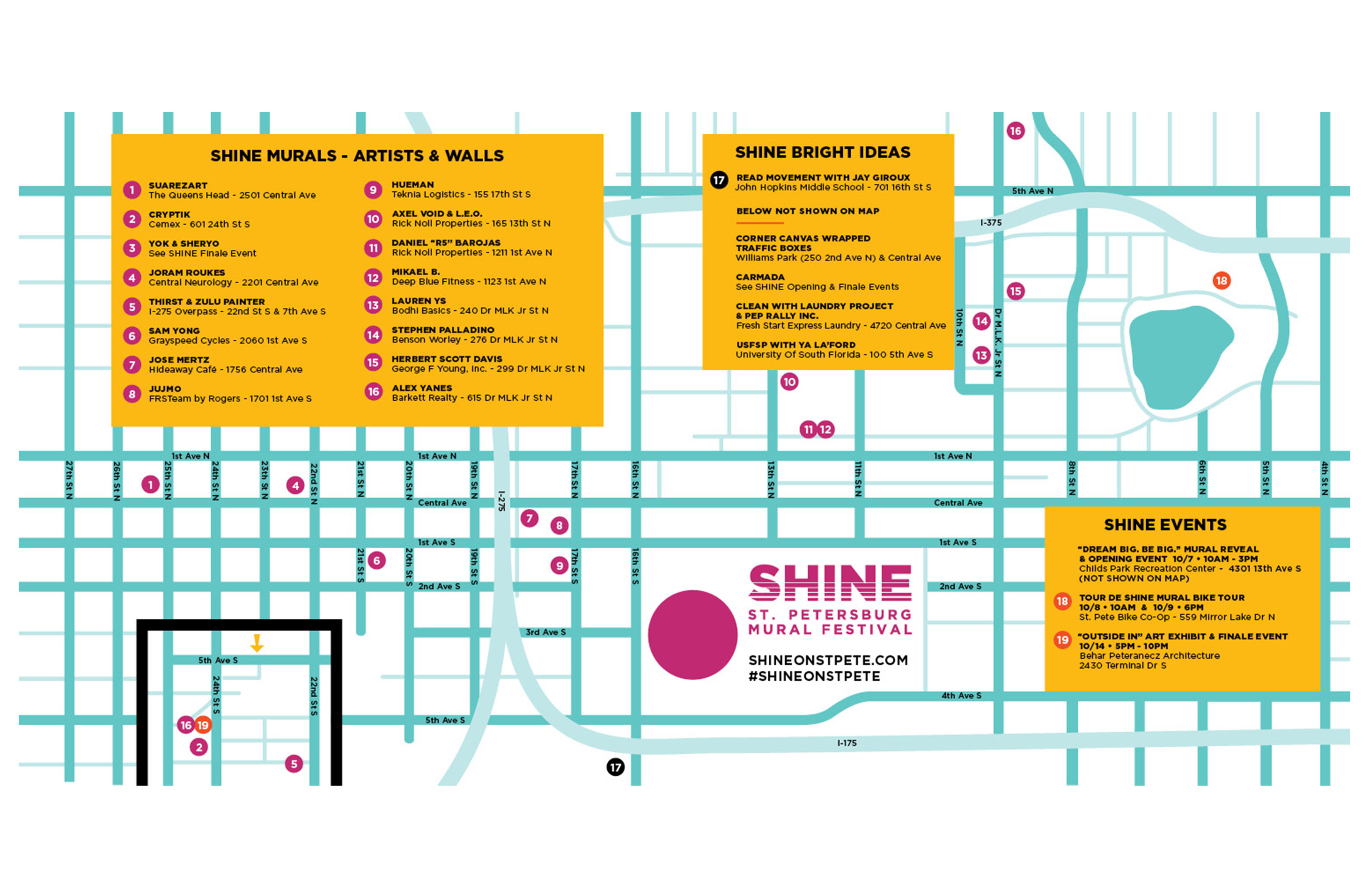 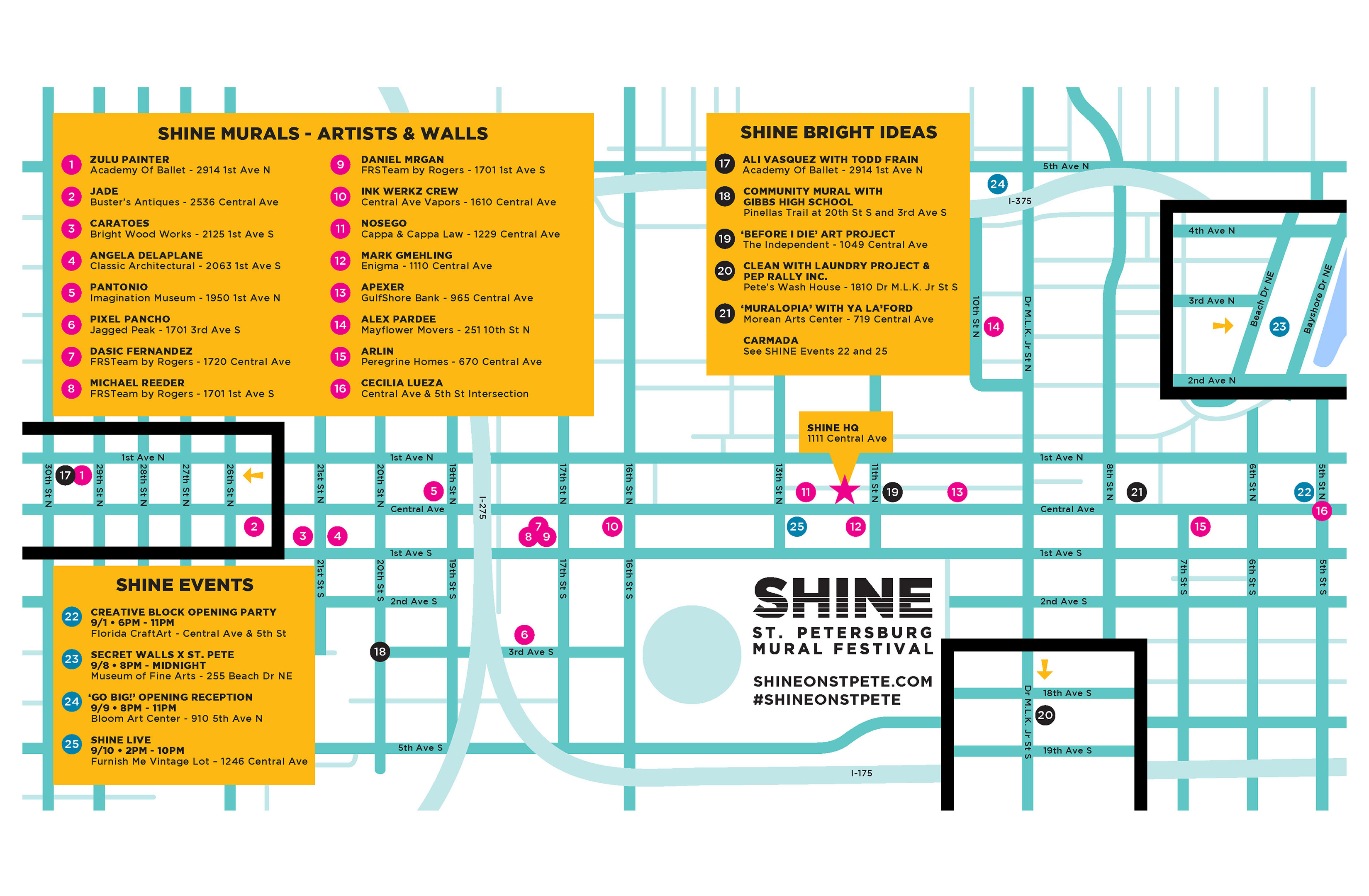 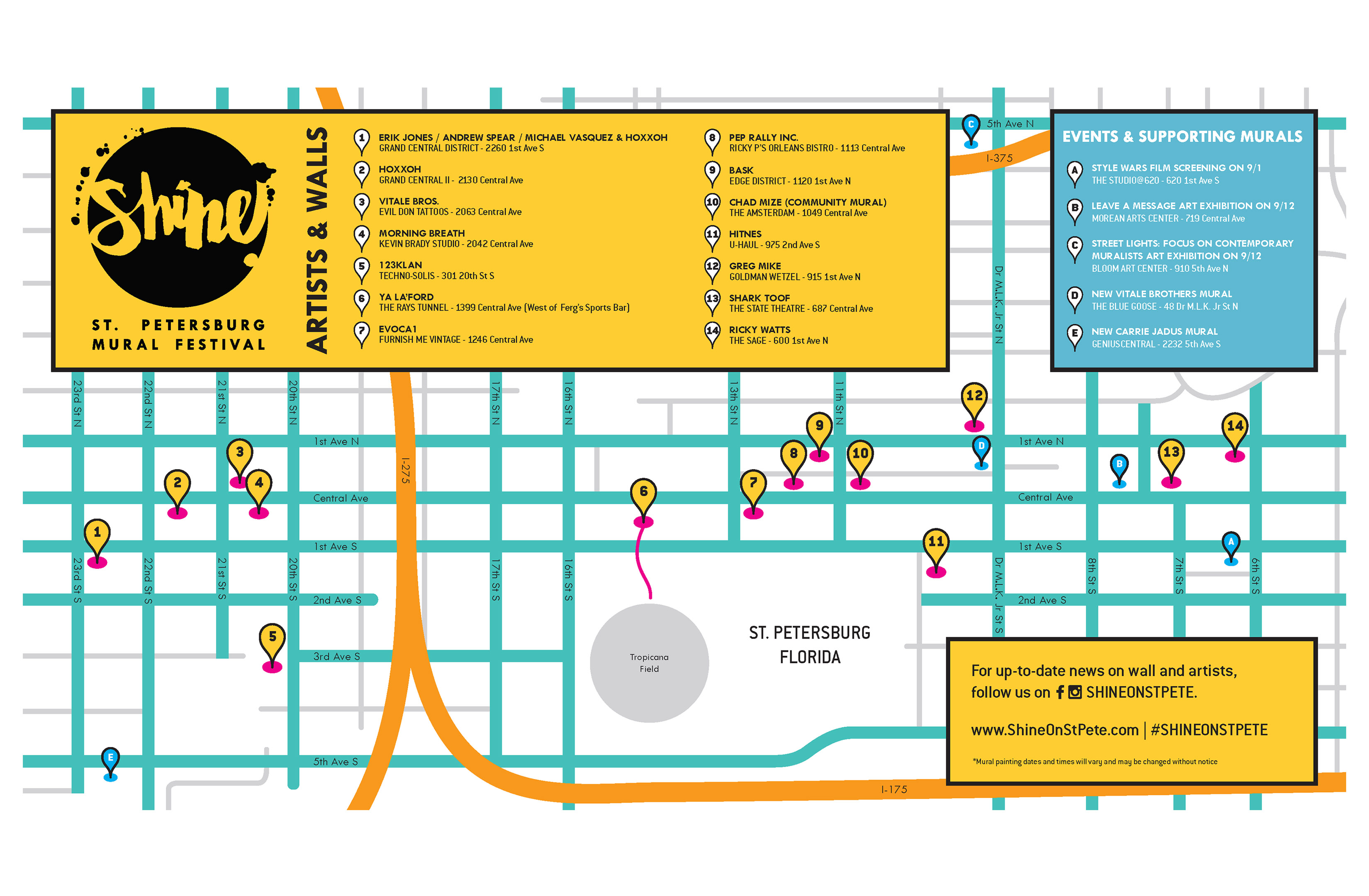