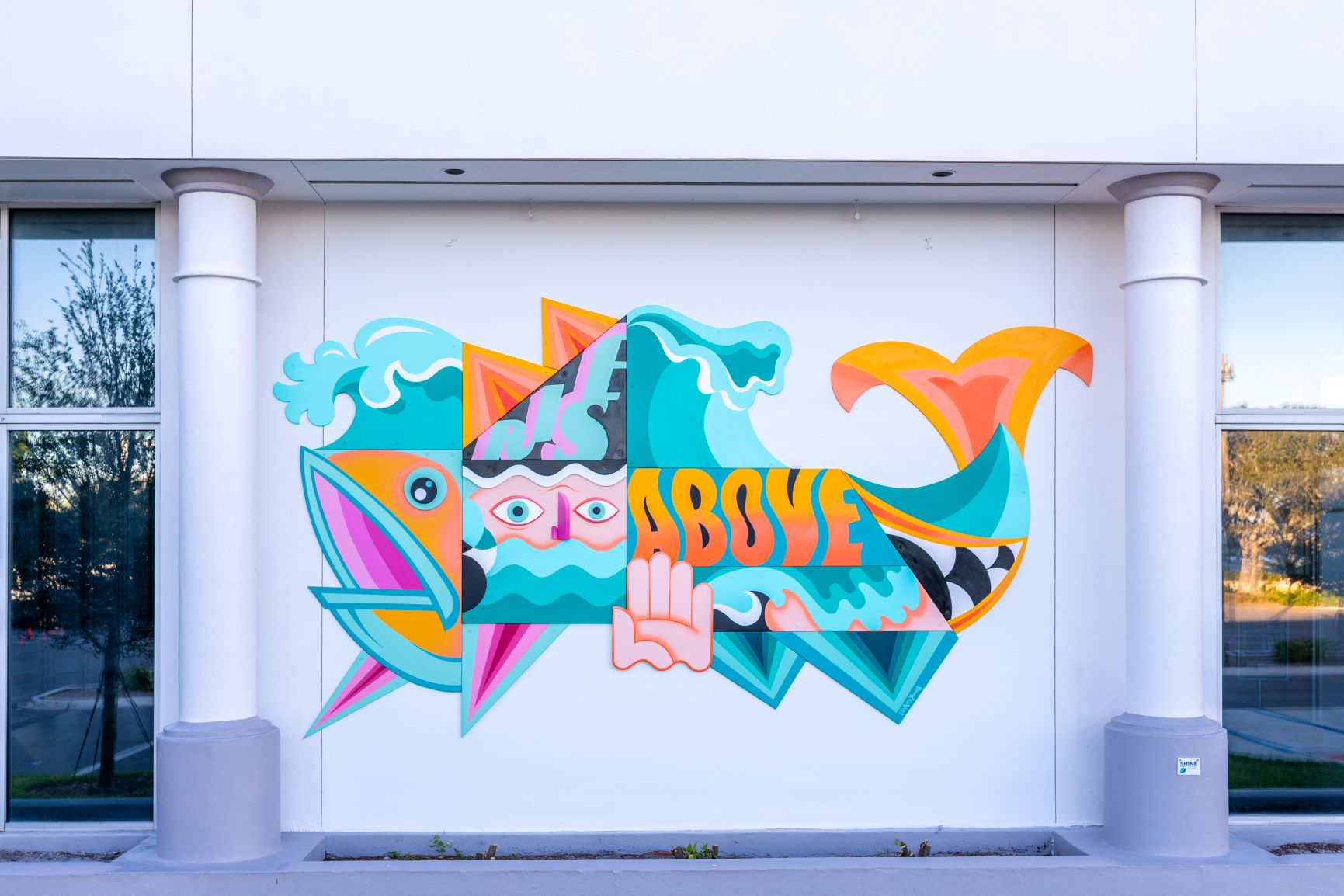 When you first meet Alex Yanes, you are struck by how laid-back and approachable he is. Born in Miami, he is the product of both the ever-evolving, fast-paced city and the burgeoning art scene. Yet, he is as real and approachable as they come. In a city filled with wild characters and over-saturated personalities, Yanes is refreshingly humble, preferring instead to let his vibrant and colorful artwork take center stage.

Since he decided to pursue art full-time in 2006, his work has become his autobiography, speaking volumes about who he is and what he has seen. A son of the city, his story is influenced by his Cuban roots and an ever-growing curiosity about all the things Miami had to offer him during the 80’s and 90’s.

Yanes’ work is the result of years spent immersed in skateboard, tattoo, hip- hop and rock culture during his teenage years, but says he felt the stirrings of creativity at a young age.

Whimsical and yet relatable, Yanes’ art embodies innovative use of color and imaginative subject matter and speaks to collectors and new art lovers, alike. His work has been a staple in Wynwood’s art district since it’s inception and has also been exhibited at by galleries in Los Angeles, New York, Chicago, San Francisco, Detroit, Philadelphia, London, Paris, Berlin, Australia and Japan.
Rise Above, by the artist Alex Yanes [“Ya-Nez”] is at 335 2nd Avenue Northeast, at the St. Pete Museum of History. It’s just past the museum’s front entrance, around the corner and facing the Pier to the east.

Set between two large windows, the mural is 19 feet wide and 15 feet high. Sort of. Because the mural isn’t the usual rectangle – it’s shaped like an abstracted fish that’s swimming to the left, with angular fins jutting out, curling waves that break around it and a curling tail that’s fanned up like a whale.

Rise Above is a vibrant splash of shades of blues, pinks and orange, made up of 18 connected panels. The fish’s orange head points to the left, with sharply angled fins and a wide open mouth, both in shades of light and darker pink. The fish has aqua lips, an aqua throat, and a big dark eye outlined in aqua, painted as if light is glinting off it.

In the upper left, above the fish’s mouth, a blue and white wave rolls to the left.

The fish’s body stretches toward the right, starting with a square that bears a striking cartoon face and wide blue eyes staring straight out, masked by blue waves. Above the eyes is a black triangle with the word “RISE” in blue curved capital letters, shadowed in pink. The R, I and E are rising up and to the right, and the S falls below, to take up the rest of the triangle.

Balanced on the rising edge of that triangle are two dorsal fins along the fish’s back, shaped like pyramids in shades of red and orange and angled up and to the right.

Beside the word “RISE” and the orange pyramids, a big blue wave rolls to the right. Just below is more of the fish’s body – a long panel with the word “ABOVE” in wavy orange letters, like it’s underwater. Partly covering the “A” in “ABOVE,” a peachy cartoon hand faces out, gesturing “stop.” The hand stands out, in the center, as if the fish is balanced on it. The bottom of the hand’s palm is scalloped, like waves.

Below and to the right of the hand, triangular fins in shades of blue angle point and to the right. They echo the shapes of the pink fins below the fish’s mouth and the orange fins along its back.

The wave continues to the right, swooping up with an overlay of black and white patterns like scales, up to the jaunty two-pronged tail, in shades of orange. An active and hungry fish, rolling waves, a human, and the words “rise above” all appear together like a fragmented mirror, in roughly the shape of a fish.

The artist explains: “Intended to highlight how climate change is accelerating sea level rise, I was inspired to create a multi-level installation consisting of 18, precisely hand cut, panel pieces which create the image of a displaced fish when combined.

“The hand-painted panels are meant to mimic an intricate jigsaw puzzle, representing the complicated interconnection of factors which comprise the cause and effects of sea level rise.

“By collectively doing our part to cut out fossil fuels and limit carbon emissions, we can ‘Rise Above’ and reduce the impact of this inevitable threat.”

Alex Yanes is a Miami native. His work has been a staple in Wynwood’s art district since its inception and has been exhibited by galleries around the world.