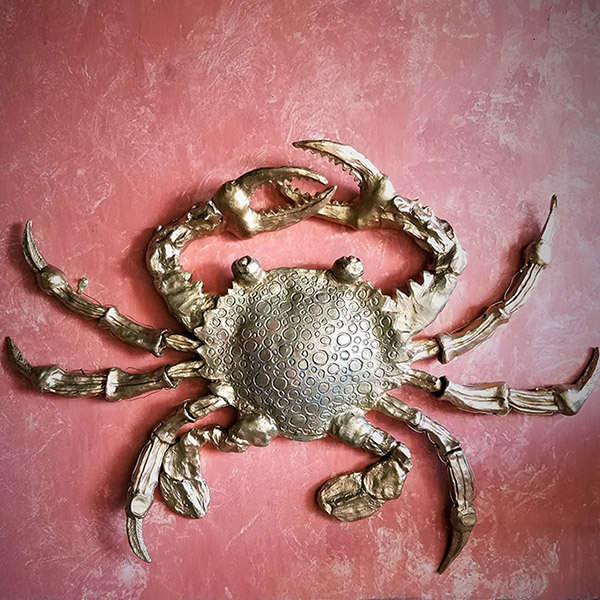 A Swiss native, raised in Mexico, Esther Aall has experienced a variety of cultural settings that have influenced her artwork. Since 2016, she has lived in St. Petersburg and has her studio at home.

Esther sees her artwork as an interpretation of various forms of life: their singularity, intensity and interaction – while evoking an emotional response.

Her work mostly depicts animals, lately concentrating on insects. She combines ceramics with other media – like wire, nails, beads, oil and acrylic paints.

“Through my fascination for patterns, textures, colors and nature, I do not attempt to realistically replicate the creatures, but rather let the spectator see some of their intricacies on a larger scale, and bring awareness of their fragility as well as their importance in our ecosystem.”