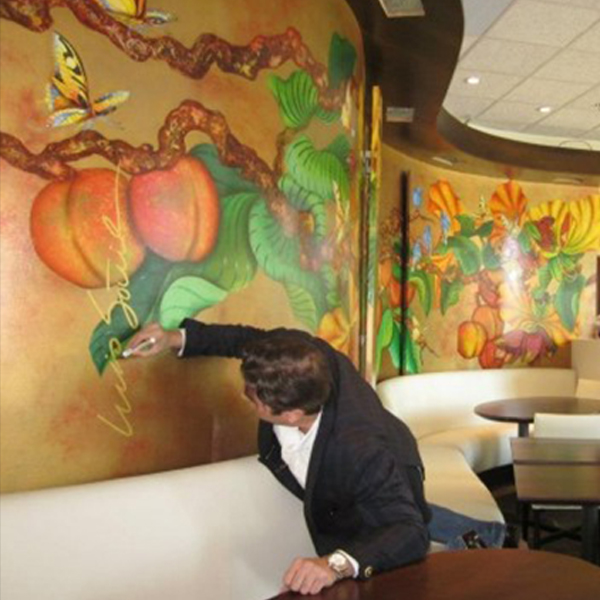 Born and raised in Tampico, Mexico, Luis Sottil has devoted his life to giving voice to the emotions of nature’s beauty. He enjoys a special relationship with the splendid wealth of his native flora and fauna that he likes to share with the world through his paintings, as well as his Talavera sculptures and leather creations.

With the purpose to capture his enthusiasm for nature, Sottil created the internationally renowned process of painting that he named Naturalismo, 30 years ago. His originality of expression is a song to life that has been heard, with melodic rhythm, around the globe, to the extent that a number of notable universities have now incorporated Sottil’s Naturalismo into their academic curriculum.

Given his mission to recreate the way nature feels, not necessarily the way nature looks, Sottil photographs, takes meticulous notes and contemplates the exuberant habitat of his subjects, collecting natural pigments of unparalleled depth and intensity from the same environments where his studies take place.

By using colors extracted from nature itself, like the penetrating blue from the cochinilla insect, dramatic purple hues derived from the beet vegetable and invigorating orange tones extracted from the achiote seed, Sottil allures our appetite for the splendid beauty of our natural world.

The exuberant fauna, masterfully depicted on his canvas, come alive to interact with the viewer, reminding us of how much there is to learn from different animal behavioral patterns, thus becoming a subtle mirror of the virtues humanity should strive to pursue.