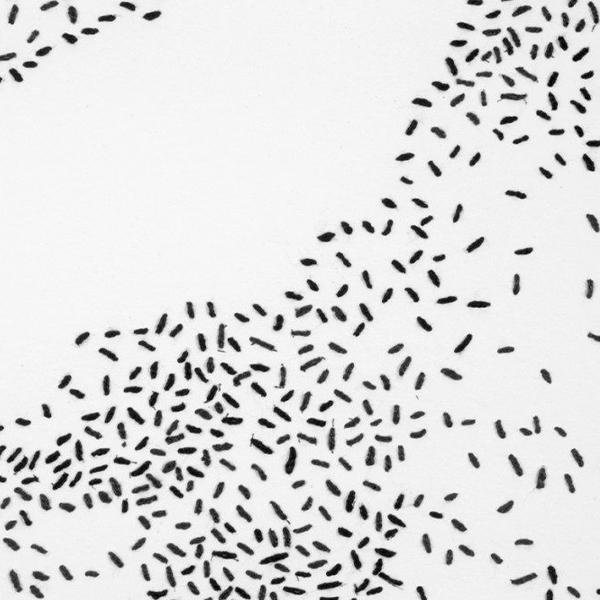 Akiko Kotani’s work belongs in many private, corporate, and museum collections including the Metropolitan Museum of Art, New York. It has been exhibited there as well as in many international and national venues that include the Kyoto Museum of Art, Japan; the Cleveland Museum of Art, Ohio; and the Contemporary Museum, Honolulu. She has shown her work in more than 230 exhibitions, 30 of which are one-person exhibits. During her career, she has received many prizes and honors, including grants, awards in exhibition, and commissions.

Her medium during the early years of her career was weaving. Gradually, she expanded her repertoire to include other soft materials. She has received acclaim for her drawings on silk. Her drawings with graphite on paper have also attracted much attention.

The Black Sea was conceived in Istanbul, Turkey. Its image gestated during my return to the United States and was executed from 2013 to the present day.

While teaching at Koç University in Sariyer, Istanbul, I often went to view the Black Sea, a 10-minute drive away. Even on the brightest day the waters were vast, intense, dark, and always heavy with history. I imagined the lapping of the sea touching the edges of bordering countries. I hastily sketched a series of reflections.

This intense memory then returned as I re-established my art practice at my home studio in western Pennsylvania. There, I began to have a rush of memories flood my imaginative plane to create The Black Sea. The “dots” are stitched silk threads onto paper. The scale is large, 120” wide to emulate the vast expanse of the waters. The delicate stitches are the memory traces of this body of water.

I took my BFA at the University of Hawaii and my MFA at Tyler School of Art in Philadelphia. Details of my career can be found at akikokotani.com.