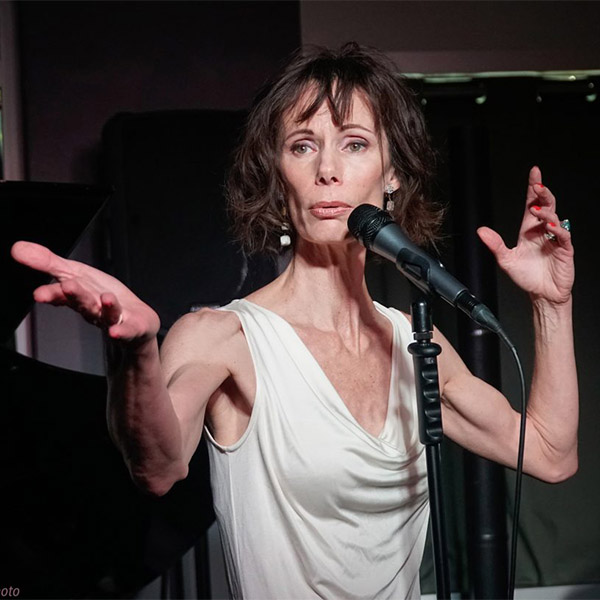 Eugenie Bondurant’s long and interesting career has taken her from the runways of Paris to landing interesting character roles. Coming in at 6’1” the willowy with case-study cheekbones Bondurant started her career as a runway model, promoted by her agents as androgynous which followed into her acting career. Most notably, when The Hunger Games’ director, Francis Lawrence, went looking for an actor to play Tigris, a pivotal character enhanced to be both female and feline, a nationwide search led them to Bondurant.

Along with her other credits, her short film Tiny Bacteria (Victoria Jorgensen, filmmaker) was presented at the 2017 Cannes Film Festival. Her film and TV credits are on IMDB.

Eugenie Bondurant has been a member of SAG/AFTRA for 27 years and acting coach for 25. Eugenie has her Meisner Acting certification, studying with mentor, Larry Silverberg. She also teaches scene study at Andi Matheny Acting Studios in St Petersburg and On Camera Acting at Patel Conservatory.

On the side, the “Elegant Chanteuse with the sultry alto voice” sings American Songbook with Paul Wilborn and Blue Roses. She’s also an active voice-over artist performing with the Radio Theatre Project at The Studio@620 and heard as the voice of Dalí Museum audio tours and St Pete Arts Alliance Virtual Mural Tour.

The Eugenie Bondurant is...