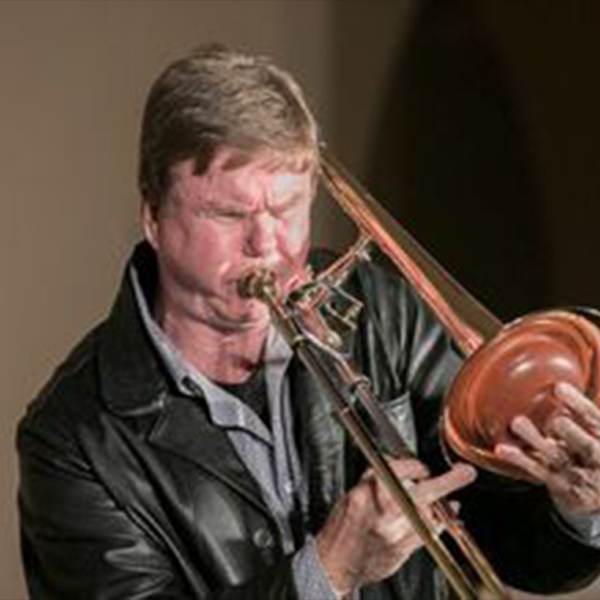 David Manson is a trombonist, band leader, composer, presenter and music educator with a diverse range of experience in music.

He has performed and recorded with Cecil Taylor, Sam Rivers, Eugene Chadbourne, John Lindberg, Davey Williams and other innovators. He has also backed popular artists including Henry Mancini, Johnny Mathis, Burt Bacharach and toured with the Glenn Miller Orchestra.

He was trombonist and arranger for Bogus Pomp, a Frank Zappa repertoire band. His orchestral works have been performed by the Florida Orchestra. Recent television credits include "Looking" on HBO and "Grandfathered" on Fox. He was awarded the title of Distinguished Faculty at St. Petersburg College in 2015.

David directs the nonprofit EMIT and in 21 seasons, has presented nearly 400 concerts and workshops in St. Petersburg.  He directs the Helios Jazz Orchestra, leads Brazilian goup O Som Do Jazz and teaches jazz studies and Pro Tools courses in the MIRA (Music Industry/Recording Arts) program at St. Petersburg College. He directs the Recording Arts Program with Boys & Girls Club students at the Royal Theater in Midtown and is also the founder and director of the annual St. Petersburg Jazz Festival.

The David Manson is...